LANSING, Mich.— U.S. Representative Elissa Slotkin began airing her seventh ad of the cycle, “Offensive,” to contrast her efforts to lower the cost of prescription drugs with Tom Barrett’s history of prioritizing Big Pharma over the well-being of his constituents.

The spot, which is going up on broadcast and cable outlets in the 7th congressional district, focuses on why Slotkin pushes so hard to make prescription drugs more affordable. “When my mom got cancer, I watched her struggle to pay her bills,” says Slotkin. “That motivated me to cap the amount seniors pay for prescriptions and finally allow Medicare to negotiate lower prices.”

Barrett’s voting history is different. As Slotkin explains, “Tom Barrett sides with Big Pharma who back his campaign. Barrett even voted to protect drug companies when they sell dangerous and defective drugs.”

In the state legislature, Tom Barrett voted to continue allowing pharmaceutical companies to escape accountability when their drugs hurt or kill people, upholding a Michigan law that shields them from nearly all consumer liability. One of his top donors, the Koch-funded Americans for Prosperity PAC, opposes drug pricing reform and campaigned against it in 2021.

Meanwhile, Slotkin championed a bipartisan bill, the Make Medicine Affordable Act, to allow Medicare to negotiate what it pays for prescriptions, cap monthly costs for insulin users at $35, and cap annual out-of-pocket drug costs for seniors at $2000. Each of those policies was included in the recently-passed IRA. Her Real-Time Benefits Act, signed into law by President Trump in 2020, allows consumers to comparison-shop for their prescriptions before they leave the doctor’s office.

Slotkin closes by saying, “We do not need another politician who puts corporate interests ahead of what is right.”

“Offensive” is Rep. Slotkin’s seventh ad of the cycle. 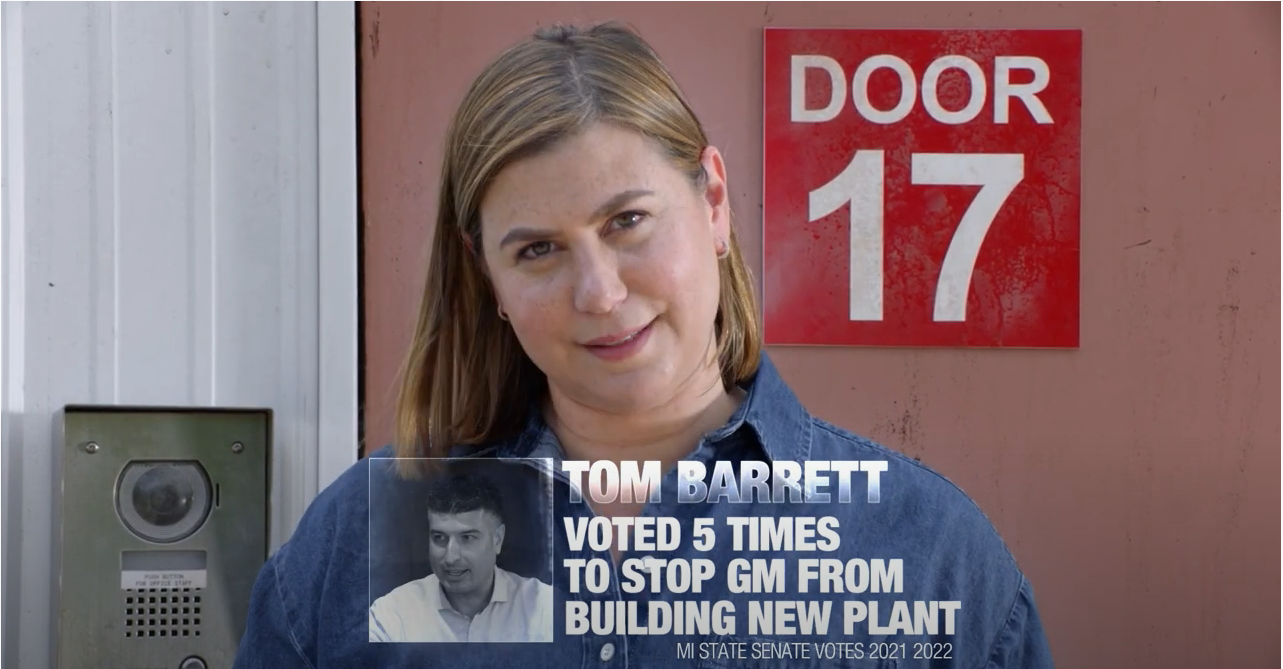 Get in touch with the Elissa Slotkin team!